« How Do I Keep From Disinheriting My Kids When I Remarry? | Main | Why is a Will Such an Important Document? »

Do I Need A Prenuptial Agreement?

“Amazon CEO Jeff Bezos and his wife of 25 years, MacKenzie, announced in a tweet Wednesday that they are divorcing. The news started an ongoing conversation about the usefulness of a prenuptial agreement, since, TMZ reports, the couple did not have one.”

Do you need a prenup and how do you know if you do?

A prenuptial agreement is an agreement entered before marriage, that settles what will happen in the event that the marriage ends in divorce.

CNBC’s recent article, “Jeff and MacKenzie Bezos didn't get a prenup—do you need one? Here's what experts say,” explains that depending on how much you want to put into the agreement, it has the capacity to instruct how assets are going to be distributed upon divorce, how spousal support (alimony) is going to be distributed and it also will deal with the estate rights.

However, what a prenup doesn't address is anything to do with kids. It can’t address custody or child support. 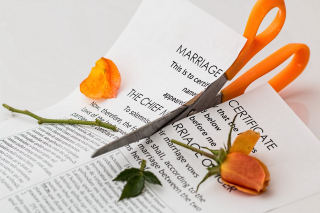 You may not believe it, but prenups aren't just for the super-rich. They can be expensive. You should consider whether you have the level of assets to justify the cost.

If both spouses are bringing in about equal amounts to the marriage, a prenup may be less needed because it's more of an equal playing field between both spouses. Nonetheless, it’s still a good idea to discuss it with an attorney.

If there’s a big disparity in income or assets, a prenup makes sense. There are other reasons to consider getting a prenup, such as if you own a business, are inheriting family money, had a prior marriage or you actively manage your assets.

If you had $1 million in an investment account when you got married and the account grew to $1.3 million during the time that you were married, that’s $300,000 that would be considered marital property in New York—like estate laws, divorce laws vary by state. Depending on where you live, that money might end up being divided between the two of you, even though it was earned because you originally had a $1 million account.

Although the topic of a prenup can be uncomfortable to raise, remember that marriage is a contract, and it's a costly contract, if it doesn't work out.

If prenuptial agreement discussions are handled the right way, it really can give everybody a way to be able to learn how to have difficult conversations and talk about uncomfortable topics. A partnership for life needs to have that skillset.

Good ideas but a prenuptial marriage agreement makes it seem like there is a lack of a lifetime commitment to one another. Why be a prophet of doom to your marriage?