« Why Do Singles Need These Two Estate Planning Tools? | Main | How Will Marriage Impact My Savings for Retirement? »

Why is Angelina Jolie Leaving Her Total Estate to Just One of Her Kids? 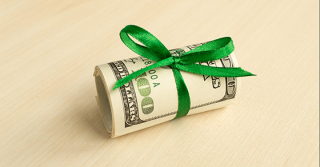 “Angelina Jolie has reportedly laid out the details of her estate, according to Radar Online, revealing that she plans to leave her $116 million-dollar fortune to only one of her six children, her son Maddox.”

Angelina Jolie has made the decision to reward her son Maddox for supporting her during her divorce from Brad Pitt. Jolie wasn’t happy that only one out of her six children totally sided with her in the couple’s divorce. Others close to the Jolie/Pitt family say that Brad is upset with Jolie for leaving the other children out and treating Maddox as her “Golden Child.”

Hollywood News Daily reports in its article, “Angelina Jolie Plans To Leave Son Maddox Millions Ignoring Other 5 Children Per ‘Radar’” explains that the final estate planning decision to will Maddox her empire was made by Jolie because of his loyalty.

“Brad is in an absolute fury and fit to be tied over Angie’s moves!” revealed the insider. “It finally seemed like they were reaching some kind of compromise with the divorce. But he’s been blindsided by this mess over Maddox.”

In September of 2016, the story surfaced that Jolie decided to file for divorce from Pitt, after becoming increasingly worried about his parenting methods. The news reportedly followed a nasty encounter between Brad, Angie and Maddox that put the family through one of the nastiest celebrity divorce and custody battles in recent memory.

Jolie claimed that Pitt allegedly attacked Maddox during the fight. An investigation was made by the Los Angeles County Department of Children and Family Services, but no charges were filed. However, according to a family friend Brad remains very upset by the entire situation and especially angry with Angelina for not setting the record straight.

Brad feels that his other children are getting short-changed, and he won’t permit it, the friend says.

Brad Pitt is angry that Jolie would treat their children so differently, cutting out Pax, Zahara, Shiloh, and 10-year-old twins Knox and Vivienne. Leaving it all to Maddox, is just wrong in Brad’s view.

“Maddox took his mother’s side in the divorce, and now she’s made him the head of her movie empire,” said the insider.

“He’s her golden boy, but Brad feels someone needs to remind her that she has five other children!”

If this rumor winds up being true, then most likely Pitt and Jolie will continue to wage brutal battles regarding the welfare of their children for years to come.