Work for a Small Company? Your Employer May Be Offering a 401(k) Plan 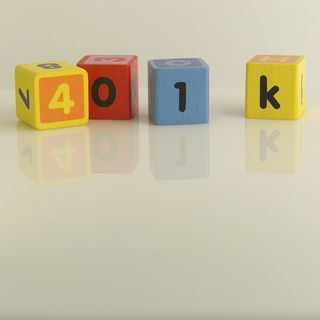 A final rule from the Labor Department will allow small businesses to offer 401(k) plans, which may make fiscal sense, if they band together.

Businesses in different industries will have the option to team up to create a retirement plan, as long as they are located in the same region. Companies that are located far away from each other may be able to do the same, if they are in the same kind of business.

CNBC’s recent article, “Workers at small firms may get more access to 401(k) plans under new federal rule” reported that the Labor Department recently released a final rule that’s designed to make it simpler for smaller businesses to join together to offer 401(k) plans to their workers. The rule comes about a year after President Trump directed the agency to look into how to expand the availability of so-called multiple-employer plans.

The rule relies on the availability of what the agency calls “association retirement plans.” These plans would be offered through employer groups, such as a local chamber of commerce, to its members. A plan also could be offered through specific companies that handle human resources tasks for their business clients.

About 38 million employees of small and midsize companies don’t have a workplace retirement plan, according to Labor Department officials. In 2018, 53% of workers at companies with fewer than 100 employees had access to one—as opposed to 85% of workers at larger companies.

Small-business owners have been concerned about the cost and administrative issues. These are the main reasons why they don’t offer a 401(k) plan to their employees. The thought is that allowing them to use this new strategy would reduce costs and cut down on the paperwork associated with plan administration.

The federal retirement legislation known as the Secure Act cleared the House last spring, but has stalled in the Senate. It includes a provision to let businesses team up regardless of their membership in a professional organization or their industry, so that their only commonality would be their participation in a shared 401(k) for their workers.

Only a small number of states have taken steps to address this lack of retirement plans among small businesses. In some cases, they require employers to participate., and employees are enrolled automatically in a Roth IRA, with contributions taken from their paycheck. They can opt out if they choose to, but the “default setting” is to include them in the plan, as a means of encouraging employees to save for retirement.