« Should I Use a Bank as My Executor Instead of a Family Member? | Main | Why is Ashton Kutcher So Stingy with his Kids’ Inheritance? »

Why is the Cars’ Ric Ocasek’s Wife Contesting His Will? 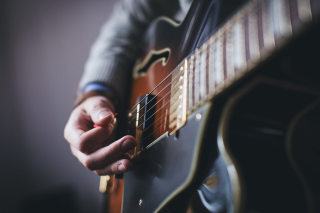 “Late Cars’ singer Ric Ocasek cut his estranged, supermodel wife out of his will, claiming that she ‘abandoned’ him, the now-public document reveals.”

“I have made no provision for my wife Paulina Porizkova (‘Paulina’), as we are in the process of divorcing,” the late Cars’ singer Ric Ocasek wrote in his will.

Wealth Advisor’s recent article, “Cars singer Ric Ocasek cuts supermodel wife Paulina Porizkova out of will,” reports that the will went on to state: “Even if I should die before our divorce is final … Paulina is not entitled to any elective share … because she has abandoned me.”

Porizkova was the one who discovered her estranged husband’s body in September, as she brought him a cup of coffee. Ocasek was recovering in his New York City townhouse from a recent surgery.

The couple had two sons together but ended their marriage in May 2018, after 28 years of marriage. They first met while filming the music video for the Cars’ song “Drive” in 1984.

Porizkova said that Ocasek’s death was “untimely and unexpected.”

“I found him still asleep when bringing him his Sunday morning coffee,” she wrote in a statement published to Instagram following Ocasek’s death.

“I touched his cheek to rouse him. It was then I realized that during the night he had peacefully passed on.”

The document doesn’t detail what constitutes the “copyrights” assets. Even though $5.115 million may appear low for a rock-legend like the Cars’ Ocasek, he likely had money stashed away in trusts. One reason why people use trusts, is to protect their privacy.

Ocasek’s will looks to have excluded two of his six sons, but not the children he had with Porizkova. Perhaps these two sons may have been compensated through other financial means.

The document indicates that Ocasek signed the will on August 28, just a month before his death. The 75-year-old died of heart disease on September 15.

Pulmonary emphysema, a type of lung disease, had also contributed to his death, the medical examiner said.